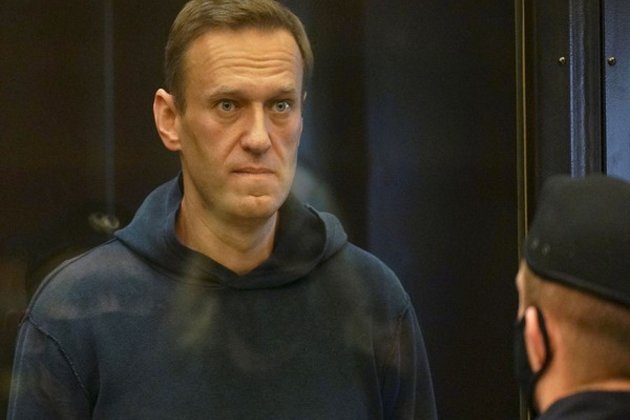 Moscow [Russia], May 25 (ANI): Russian opposition leader Alexey Navalny has lost his appeal against a new 9-year prison sentence that he and his allies condemn as politically motivated.

As soon as the Moscow court's sentence came into force, Navalny has been transferred to a strict regime penal colony with harsher conditions, including fewer family visits for another 8 years.

Navalny joined the hearing on Tuesday at a Moscow court through video link from behind bars at his prison colony to appeal against the extension of his current jail term. The hearing started last week but Navalny was granted a week's postponement so he could visit his family.

This hearing came as Moscow continues its military offensive in Ukraine and Russian authorities also wanted to silence the remaining government critics, according to Al Jazeera.

A vocal critic of Russian President Vladimir Putin, Navalny late March had his jail time extended to nine years after he was found guilty of embezzling donations to his political organisations and contempt of court.

His lawyer Olga Mikhailova told the court the sentence should be annulled as it is "unjust" and "contradicts international law", while the prosecutor called it "legal and justified".

Navalny told the court his case was heard in prison on the pretext of COVID restrictions although the relevant Moscow court was functioning.

He also alleged his legal team "caught judge (Margarita) Kotova right in the middle of the trial calling someone from the presidential administration".

Navalny became famous as an anti-corruption blogger and, before his imprisonment, mobilised anti-government protests across Russia. In 2020, he was attacked with a Novichok, a Soviet-designed military-grade nerve agent, but, fortunately, he survived the poisonous attack, reported Al Jazeera.

He was arrested last year on his return from treatment in Germany, sparking widespread condemnation abroad and sanctions from Western capitals. (ANI)